Wrong Way in a One Way State

Urban Oregon highway designers have a fetish for one-way streets.  Worse, to add variety to the driving experience, they like to switch them up with two-way streets.  I can just hear them in their planning sessions: "let's shake those out-of-staters up a bit."  Meanwhile, in the American budget cutting mantra, they save money on signage.

So, there we were motoring down the main highway through Forest Grove, Oregon in the black of a dark night.  Miz Garmin advised me that I had a left turn to make in .3 miles so, it being a one-way street, I moved to the left lane.  Ahead a stoplight in each lane registered green.  Totally unnoticed on the ebon pavement was a worn out, single, leftward pointing arrow in desperate need of a facelift -- just before the green OK signal -- and, off in the darkness, a sign blocked by a vehicle on a parallel trajectory and not even illuminated by my headlights.  It simply showed two arrows -- one pointing up, the other down.

The light was green so on I plowed until the beep beep of a horn suggested "señor, if you maintain your current trajectory, you're likely to be a newsworthy item."  I felt like the epitome of the driver that makes younger motorists argue seniorish citizens should be required to take a rigorous driving test to renew their license -- no less than once every four days.  No nagging judge after 30 days in solitary confinement could have verbally pummeled me more that night than I did to myself.

In fact the next day I had to return to the scene of the crime just to see how I could have run so amok.  Only upon viewing the signage did I realize I was the victim of urban road designers and political budget slashers too cheap to purchase visible signs and a green arrow for their stoplight — and maybe repaint their faded white arrow. 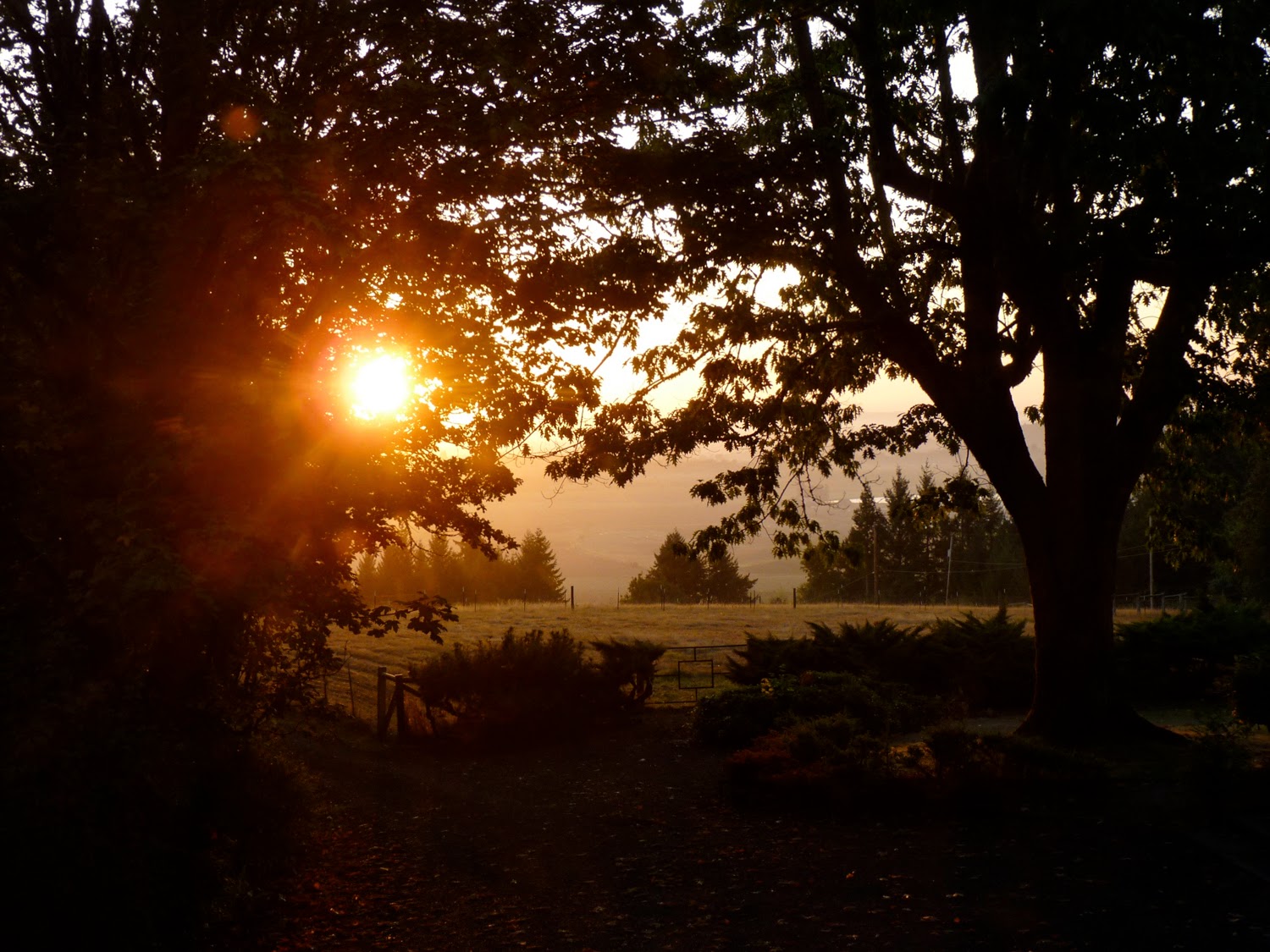 Dawn dawns on our Forest Grove vacation rental the day after my crime spree. 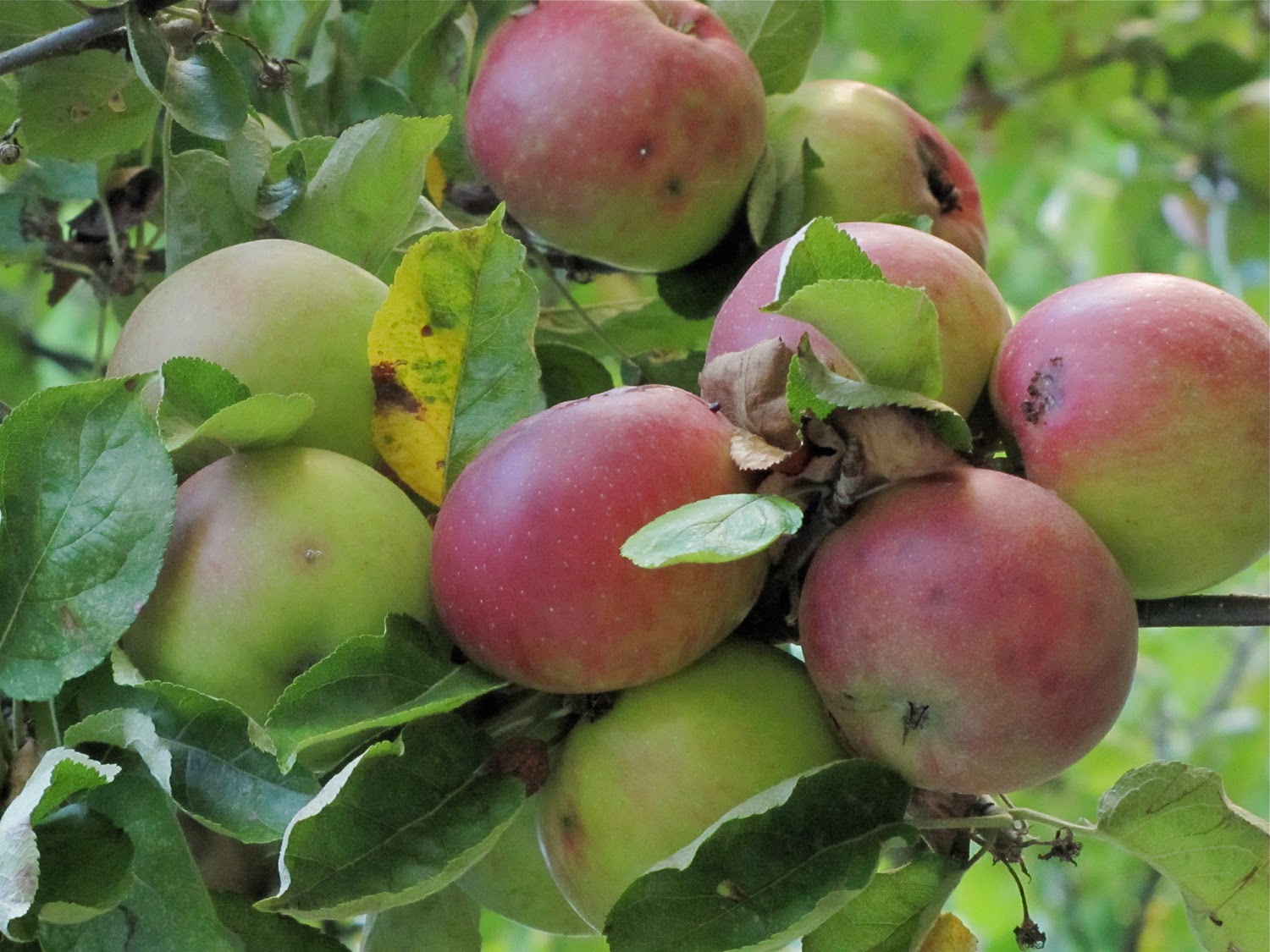 Located in the country, our vacation rental came complete with apple trees... 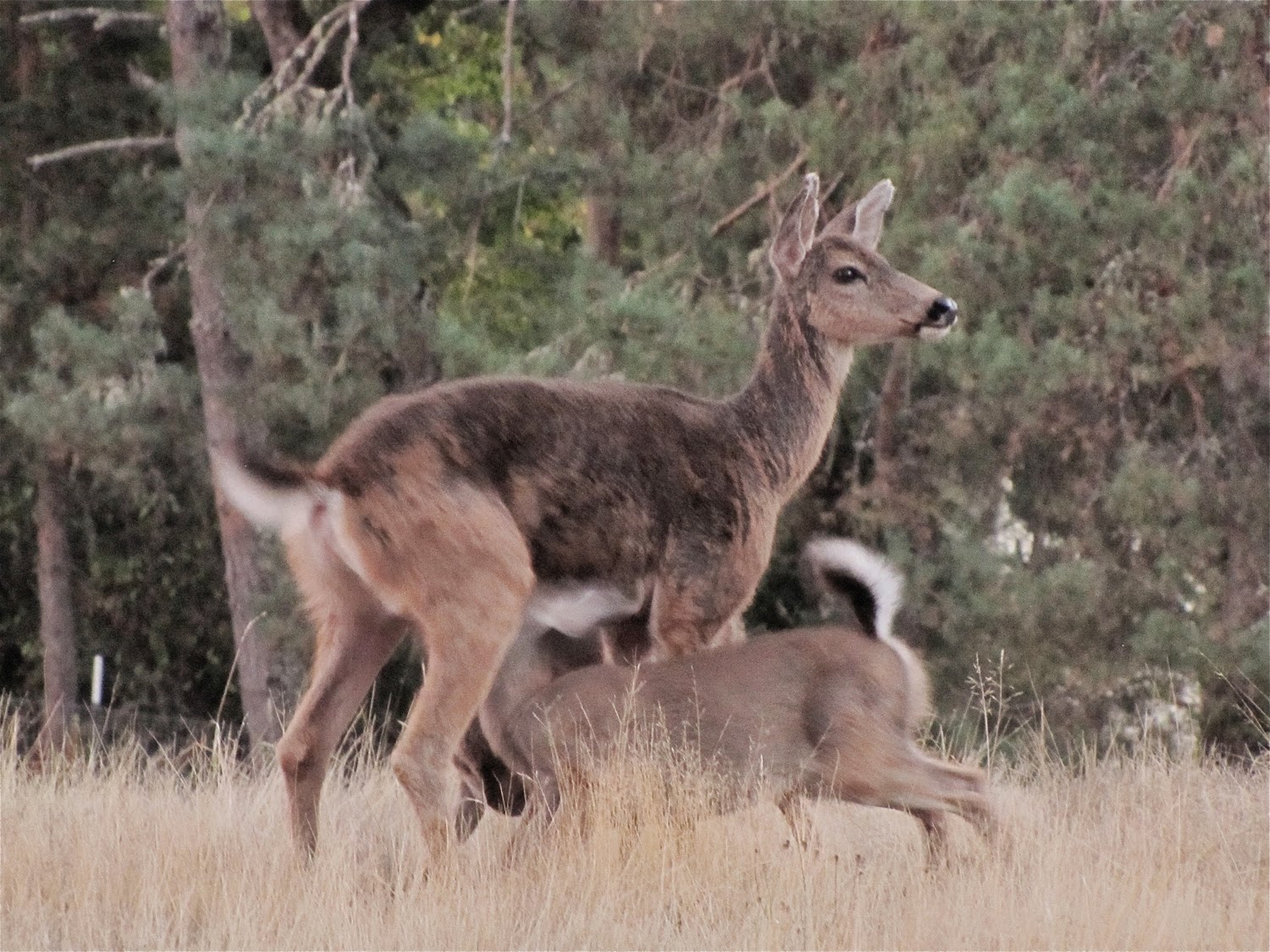 A family of Whitetail Deer... 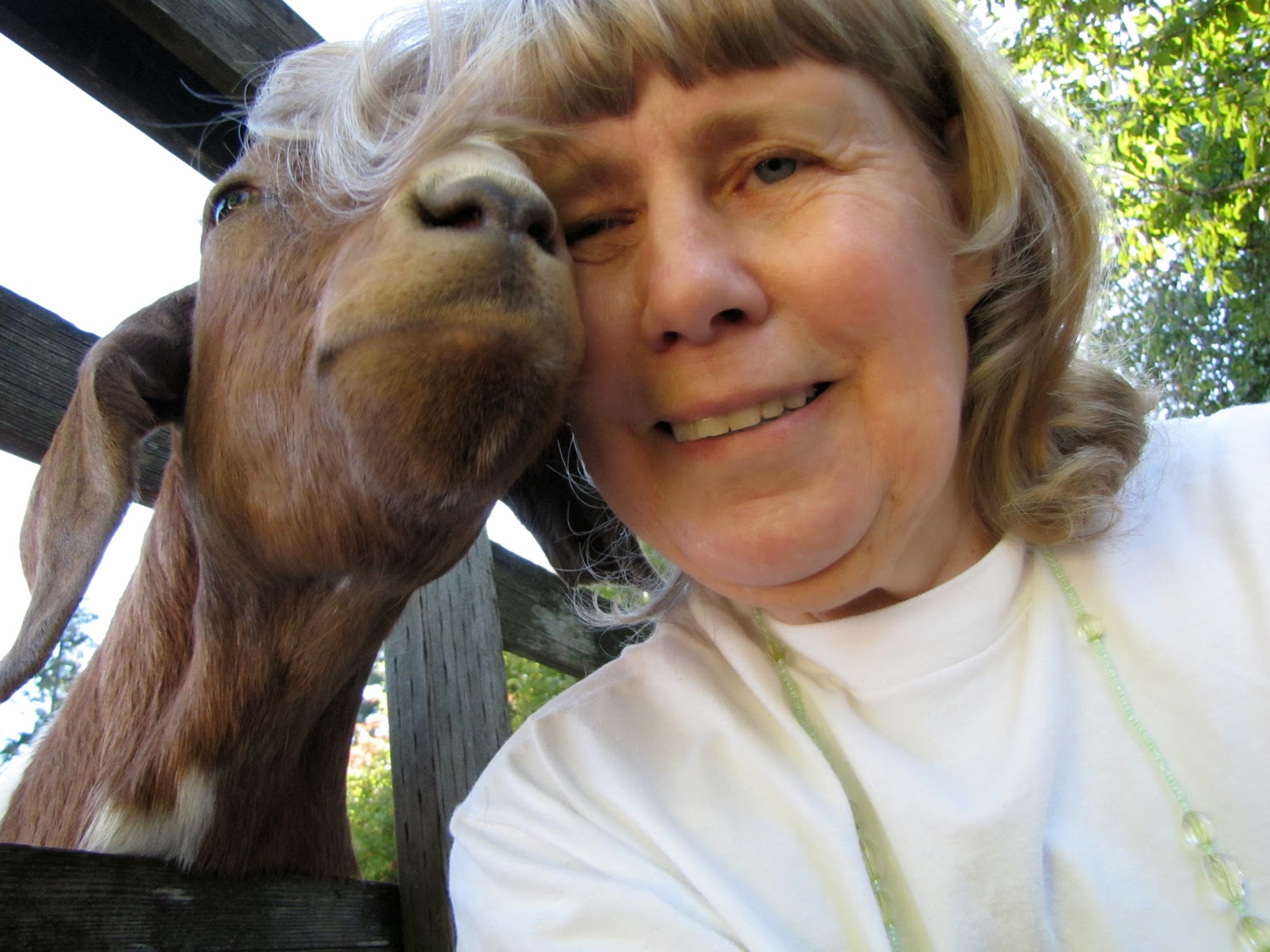 And Billy, the goat who totally changed Karen's image of goat-hood. 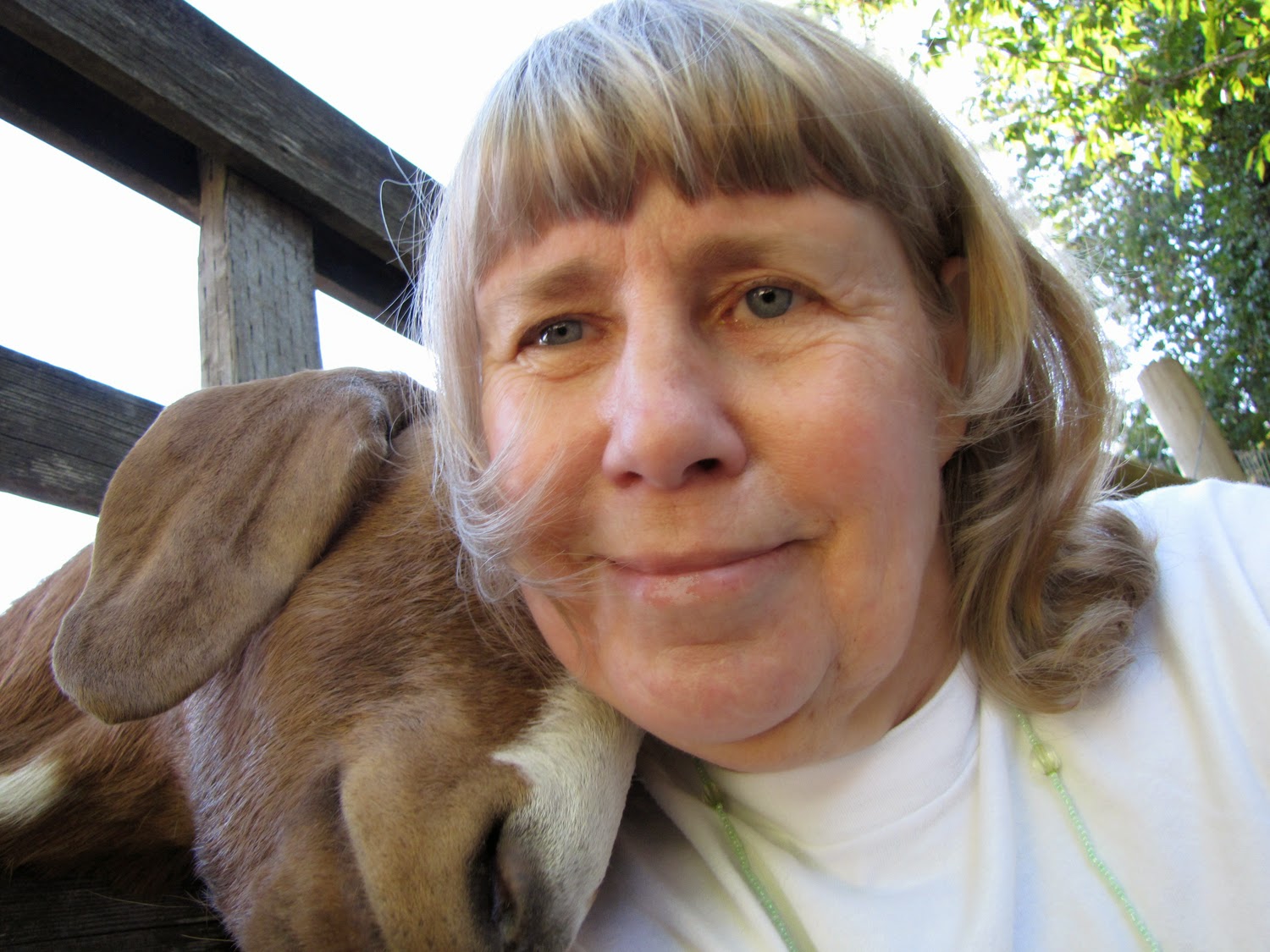 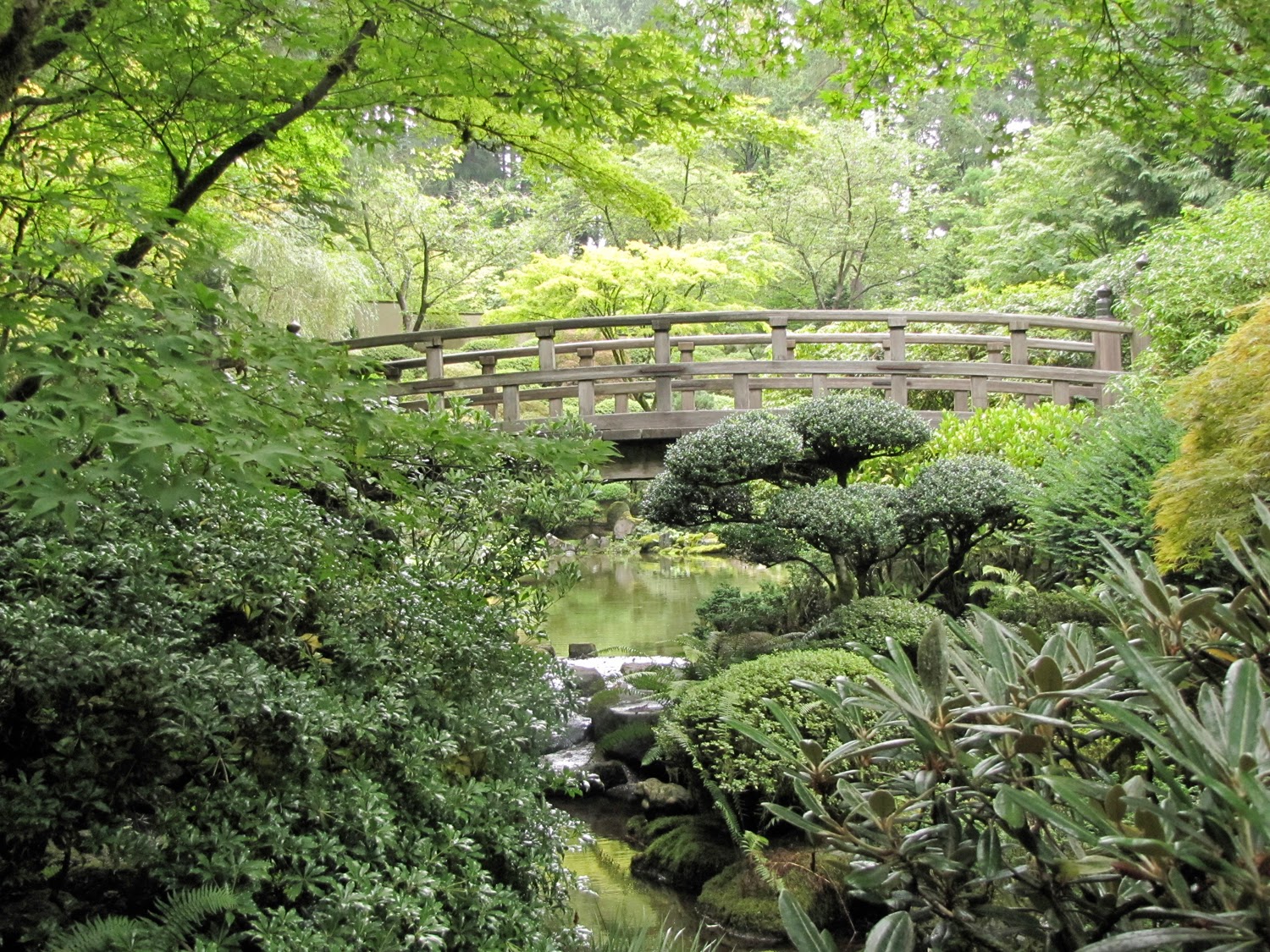 To speed Karen's recovery, Petersburg friends Barry and Kathy Bracken took us to the Portland Japanese Garden -- a place we never dreamed should have been high on our proverbial bucket list. 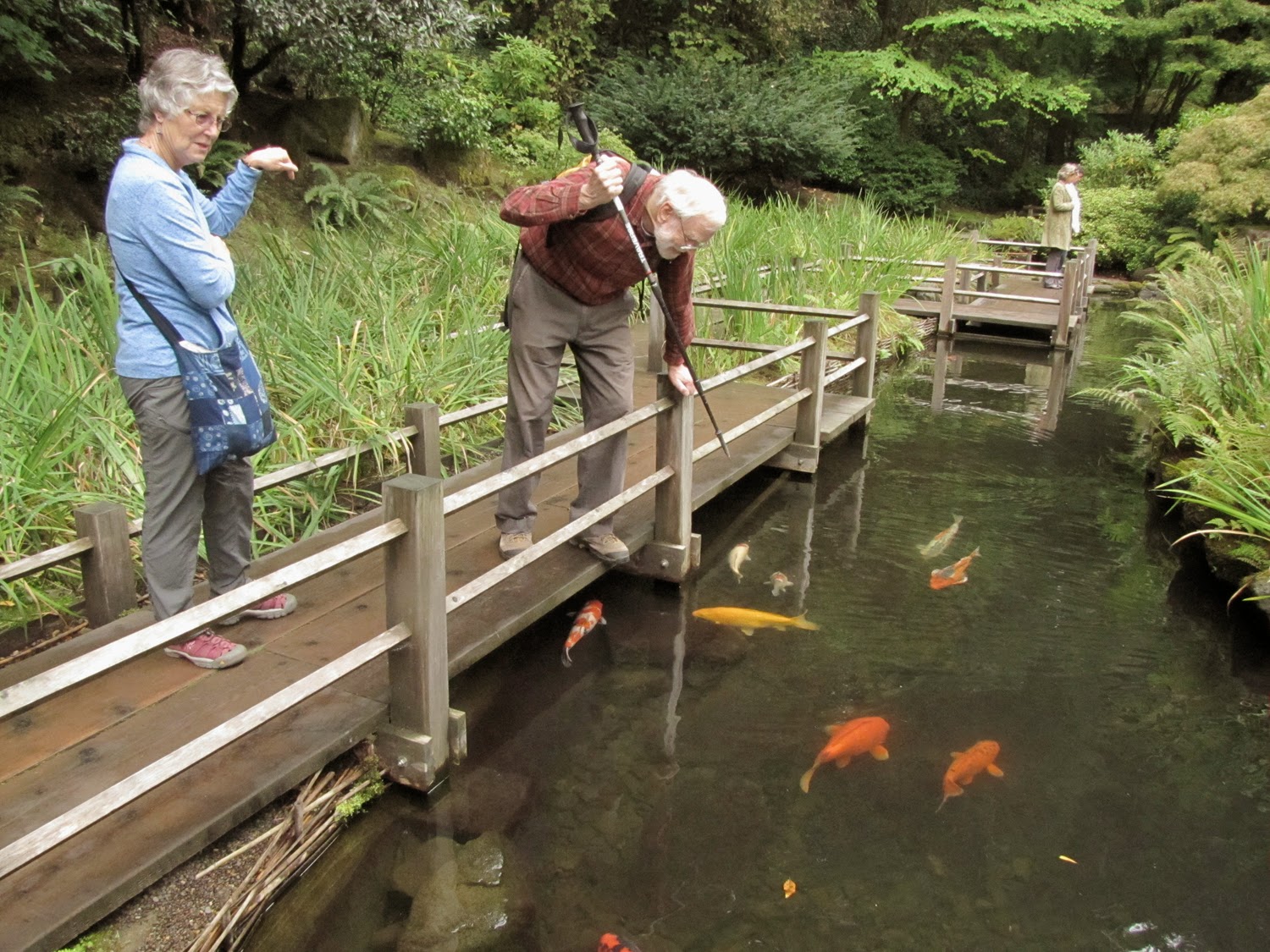 Speaking of buckets, Kathy helped Don select which Koi she wanted Don to spear to fill a bucket for dinner.  Alas, they forgot the bucket.  Maybe we could have used her purse. 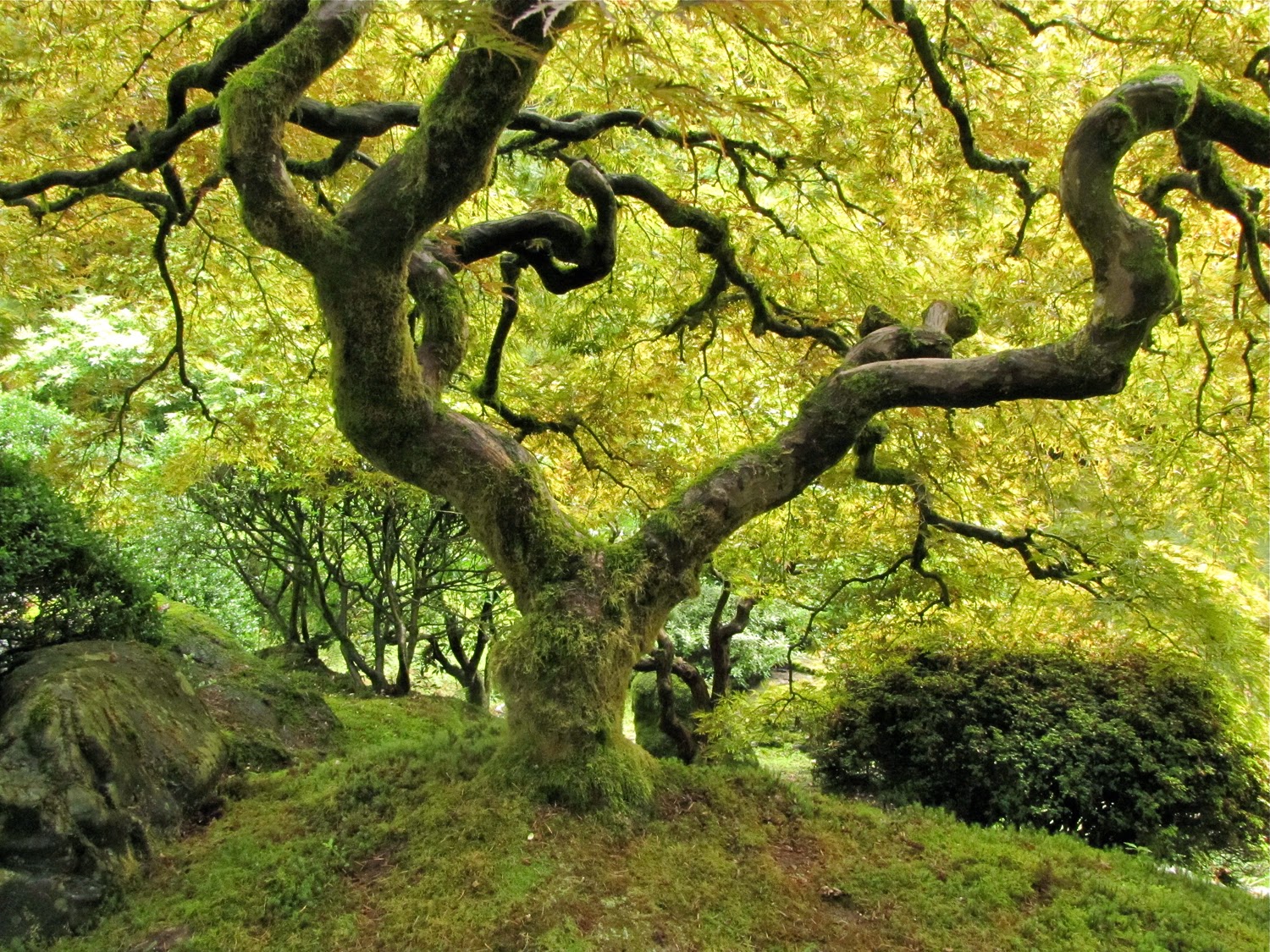 Besides, the garden was just too peaceful to even consider it's use as a food basket.  Instead we joined the Bracken's with a dinner out to celebrate their wedding anniversary. 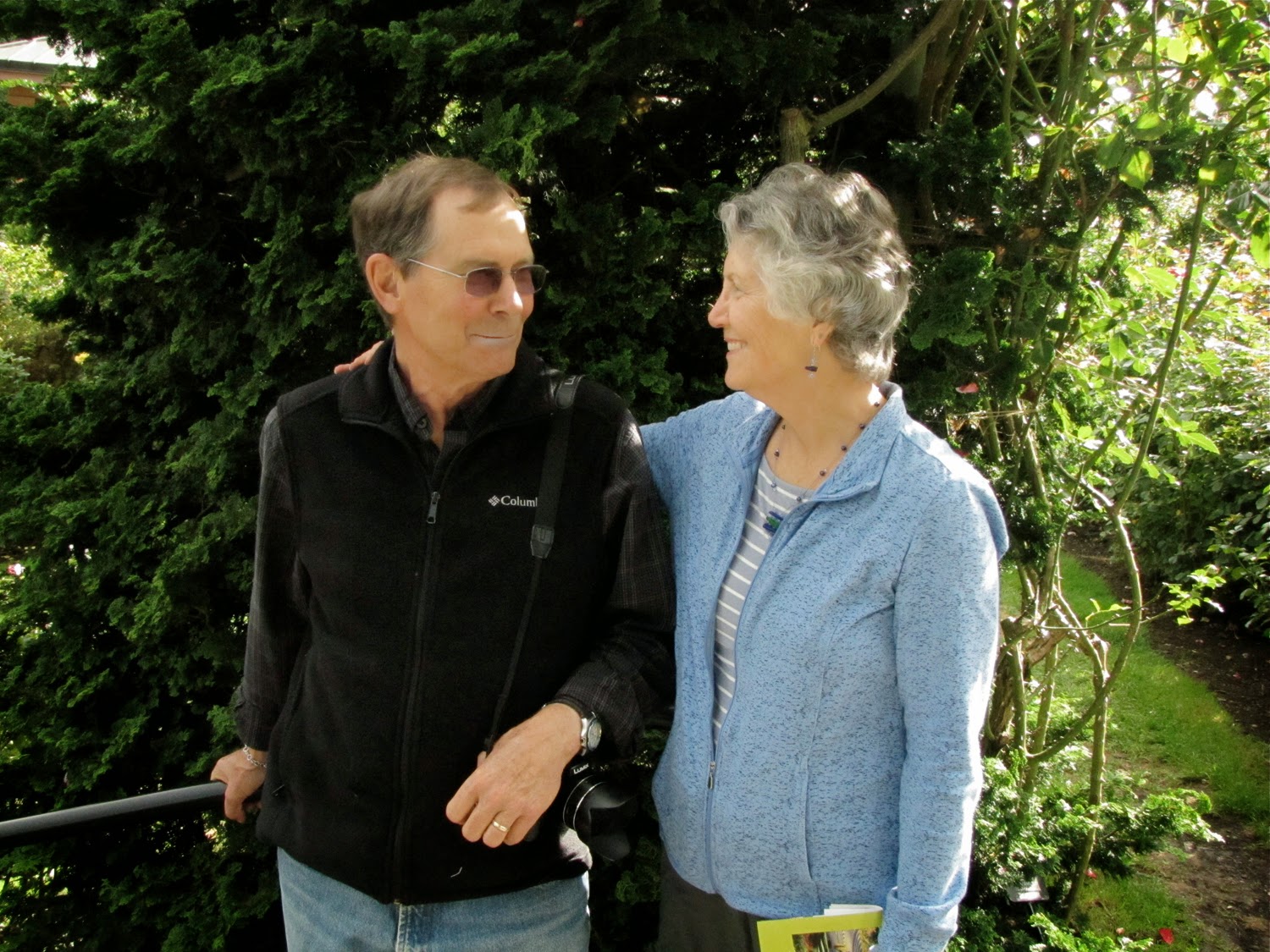 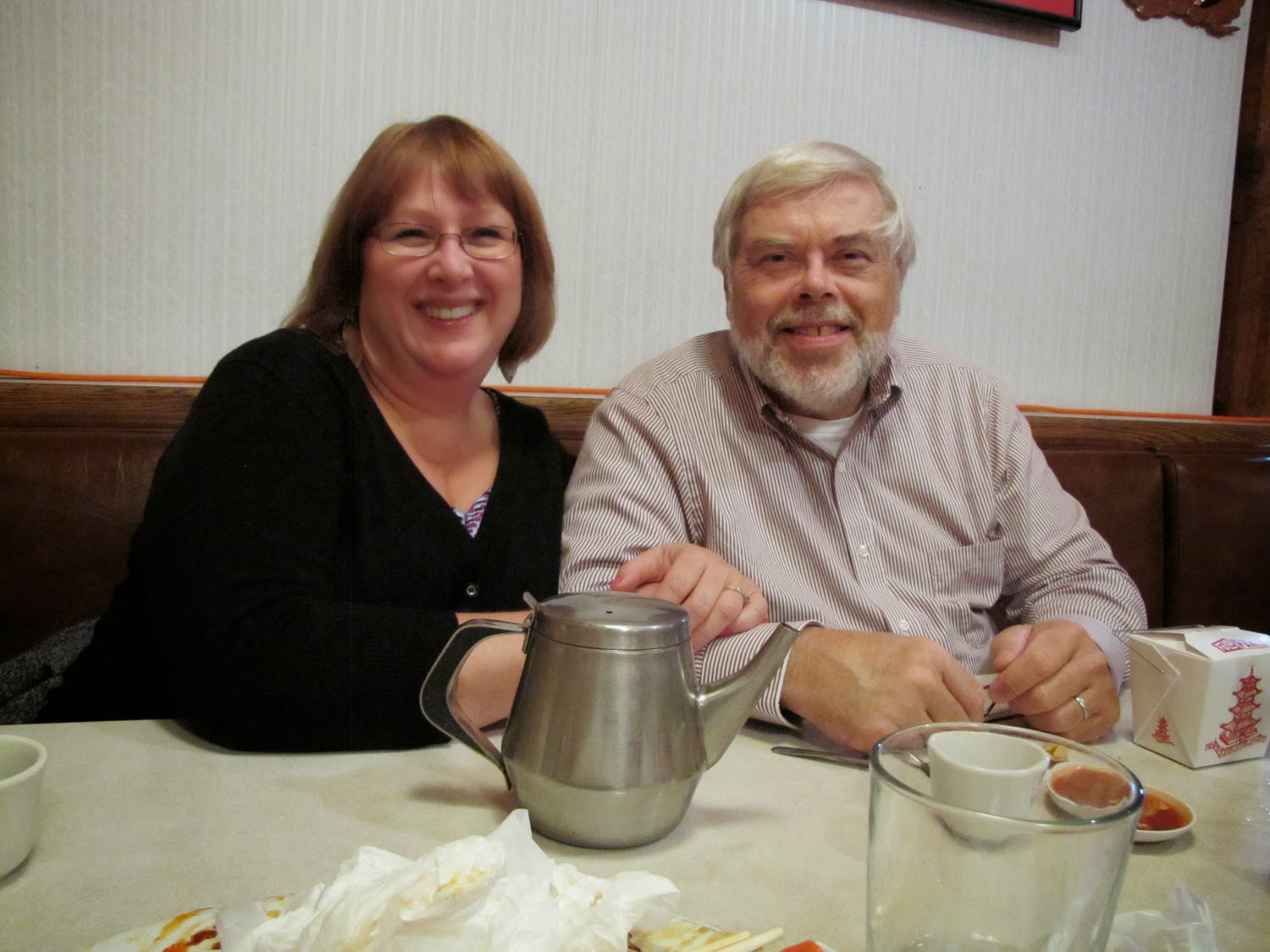 Speaking of friends and dining, while grocery shopping in Forest Grove, I looked up to see a couple passing down the aisle.  They spotted me just as I spotted them -- former Petersburg Lutheran Church pastor Karl Pishaw and his wife Jean.  Sometimes grocery shopping can yield more bargains than the prices on the sale flyer.
Posted by Don and Karen Cornelius Artwork at 11:03 AM 2 comments: